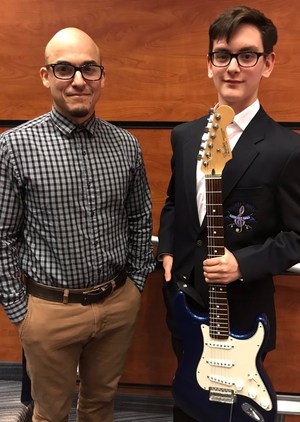 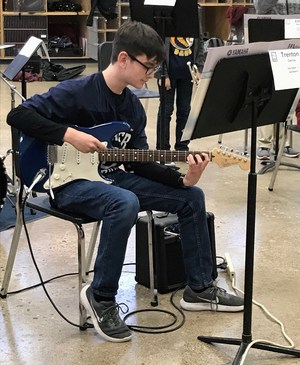 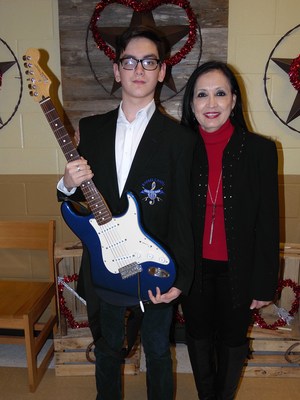 Garcia’s musical talents at RCJH go beyond the guitar. He also plays the trombone in the RCJH Honors Band.